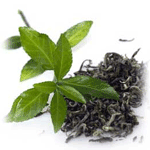 Huang qi has been recorded as early as the first century and is considered to be the “superior herb” and is called the maintenance of life herb to prolong the years of life without aging.
Huang qi has a remarkable ability to restore the function of a suppressed immune system and protect adrenal cortical functions. Studies report general immune stimulation that include increased stem cell generation of blood cells and platelets, increased lymphocyte proliferation, increased numbers of antibody producing cells, increased numbers of spleen cells, stimulation of phagocytic activity by macrophages and leukocytes and increased cytotoxicity by natural killer cells.

Dang shen has 17 kinds of amino acids and micro-elements to create a tonic that helps replenish ones body. It strengthens the immune system, invigorates the spleen, lowers blood pressure, regulates blood sugar, and is used to help cognitive function, memory loss and insomnia. Some researchers theorize that Dang Shen may benefit patients undergoing chemotherapy as it reduces the side effects of toxic drugs by increasing red and white blood cell counts.

Huang Qin is among a number of Chinese herbs that can remove oxygen-free radicals, protect the liver and eliminate toxins. This is a wonderful herb to help detox the body while protecting the liver in the process. 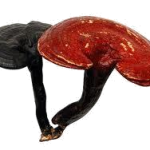 These are just a few benefits of Ling zhi. This herb has been used in China for over 2000 years and is one of the top 10 herbs prescribed to treat these and many other conditions.
Analgesic
Anti-allergic activity
Bronchitis-preventative effect, inducing regeneration of bronchial epithelium
Anti-inflammatory
Antibacterial, against Staphylococci, Streptococci, and Bacillus pneumoniae (perhaps due to increased immune system activity)
Antioxidant, by eliminating hydroxyl free radicals
Antitumor activity
Antiviral effect, by inducing interferon production
Enhances bone marrow nucleated cell proliferation
Enhanced natural killer cell (NK) activity in vitro in mice
Anti-HIV activity in vitro and in vivo
Improved adrenocortical function

May have the ability to stabilize the blood sugars levels in patients, while enhancing the functioning of the immune system at the same time. The bactericidal, the antiviral and the antifungal properties of the Chinese angelica are also useful in counteracting a whole range of other infections which can affect a person such as common colds and flu which strike patients on a regular basis. The blood purification properties of the Chinese angelica is considered to be a very valuable ability of the herb and the remedy also has a moistening effect useful in relieving constipation. The rejuvenating properties of the Chinese angelica are another useful property of the herb and the herb is also helpful in relieving the symptoms of arthritis and rheumatic pain in the affected individual.

Is used for reducing the risk of cardiovascular disease and  atherosclerosis. It is also used for rheumatoid arthritis and can invigorate blood circulation to promote healthy blood flow to the body and mind.

Modern science research has proven that schizandra berry can do much more that the traditional usages and have been studied to show the treatment in:
Protection and enhancement of heart function
Enhancing memory and rejuvenation
Increasing physical endurance
Relieving sexual fatigue and increasing the sexual staying power in men while increasing circulation and sensitivity in the female genitals
Slowing down the natural aging process
Improving visual acuity and hearing
Beautifying the skin and protecting the skin from the damaging effects of the sun and wind
Taking schizandra berry for long periods will help make a big difference in your health.

Several scientific studies suggest that substances in milk thistle (especially a flavonoid called silymarin) protect the
liver from toxins, including certain drugs such as acetaminophen (Tylenol), which can cause liver damage in high doses.
Silymarin has antioxidant and anti-inflammatory properties, and it may help the liver repair itself by growing new cells and help the body to rid itself of toxins. It is a great herb when detoxing the body.

The liver is the vital organ regulating fat metabolism. With the fast paced society and unhealthy life styles modern people tend to find themselves under high pressure, often overeating or eating irregularly, causing high toxin levels and body weight. This herb regulates fat metabolism and can help eliminate your excess weight along with stomach bloating, irritability and moodiness.

It is well known that Shou Wu is the preferred herb for preventing hair loss and premature graying, but it is also a wonderful herb to remove toxins and reduce the absorption of cholesterol and prevent the deposit of cholesterol in the liver. It has been found to improve adrenal gland functioning and enhance the immunological functions.

Functions to enhance alertness and relieve fatigue and weakness. It alleviates fatigue, dizziness, hyper-sonic and the feeling of heaviness in the body and inability to concentrate. Protects the body by raising the immunostimulant.

Burdock is a strong liver purifying and hormone balancing herb which is helpful for the body. Burdock Root is known as a “blood purifier.” It helps eliminate toxins from the blood and lymphatic system. The liver, gall bladder, kidneys, and digestive system all benefit from its properties.Burdock root is a blood purifier. It cleanses and eliminates impurities from the blood rapidly. Burdock root is an antioxidant. Burdock also played an important role in Native American herbal medicine, and American herbalists have used the roots and seeds of this plant for over two centuries.

Welcome to Luma Tea, we take great pride in producing the finest herbal teas. With over 2 decades of service and herbologist working on our formula's we make sure you have the correct herbal blend. We use only the finest herbs, teas and flavoring for our herbal blends to bring you the best herbal tea there is. Luma Tea is our signature blend that can … END_OF_DOCUMENT_TOKEN_TO_BE_REPLACED

Manage Cookie Consent
To provide the best experiences, we use technologies like cookies to store and/or access device information. Consenting to these technologies will allow us to process data such as browsing behavior or unique IDs on this site. Not consenting or withdrawing consent, may adversely affect certain features and functions.
Manage options Manage services Manage vendors Read more about these purposes
View preferences
{title} {title} {title}