This formula is used to help those with Fibromyalgia that have symptoms such as severe fatigue, anxiety or depression, irritable bowel syndrome, cognitive and memory problems,chronic pain and tenderness, inflammation, joint pain, and muscle pain.

This formula is used to help those with Fibromyalgia that have symptoms such as:

Description of formula according to traditional herbal medicine:

Ganoderma: Nourishes the Heart and strengthens the blood to treat deficiencies that manifest in insomnia, forgetfulness, fatigue, listlessness and poor appetite.

Arilus Longan: This herb treats palpitations, insomnia, forgetfulness, withered spirit and fatigue. Long an rou is sweet warm and not stagnating in nature.

Radix Curcumae: Activates blood circulation and relieves pain. Opens the mind to have a calming effect for anxiety, irritability.

Semen Platyeladi: It is most suitable for feelings of insecurity, insomnia, palpitations, night sweats, anxiety and forgetfulness.

Folium Ginkgo: Has been used in China and Europe for treatment of cognitive function. It was concluded to be capable of improving the cognitive performance and the social functioning of the memory.

Rhizoma Ligustici Chuanxiong: Is one of the most effective and commonly used herb. It has excellent ascending, descending and dispersing functions and reaches every part of the body to alleviate pain.

Hibiscus: Is an anti-inflammatory herb which can keep cortisol ( the stress hormone) down and contains a lot of antioxidants and polyphenols which work to protect the body against diseases

Radicis Angelicae Sinensis: Moves blood stagnation to relieve pain which is a major factor with Fibromyalgia patients. When the stagnation is resolved the pain is relieved.

Radix Saposhnikoviae: Is the herb of choice when body aches and pain are the chief complaint in the muscles and joints and trigger points.

Herba Hypericum: Is used to treat depression. It has been shown o relieve depression by inhibiting the re uptake of serotonin and other neurotransmitters, such as nor epinephrine and dopamine.

Radix Paeoniae Alba: Is used for painful obstruction syndrome that may cause symptoms such as impaired agility, tightness of the tendons, and numbness in the extremities.

Radix Codonopsis: When there isdeficiency it is not uncommon to see symptoms such as weak extremities and fatigue. Dang shen tonifies and restores the constitution.

Corex Moutan: Invigorates blood circulation and disperses blood stasis. Corex moutai has demonstrated strong anti-inflammatory actions, according to laboratory studies. The mechanism of the anti-inflammatory effect is attributed to inhibition of prostaglandin synthesis and decreased permeability of the blood vessels.

Cortex Eucommiae: Replenishes the vital essence of the liver and the kidney that are responsible for strengthening the bones, sinews and the muscles of the lower back and knees.

Holy basil: Able to tackle stress, anxiety and inflammation along with antioxidant properties.

Chamomile: To help with chronic fatigue syndrome, inflammation and autoimmune disorders along with depression.

Extremitas Radicis Angelicae Sinensis: Increase blood circulation to the extremities to relax the muscles and the tendons.

Radix Anemarrhenae: Has anti-inflammatory functions to clear heat and reduce painful swelling sensation of the joints.

This formula is not intended to treat, cure or diagnose the above condition. The information given is strictly according to traditional herbal medicine and should be used and prescribed as an herbal supplement. 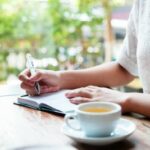 Welcome to Luma Tea, we take great pride in producing the finest herbal teas. With over 2 decades of service and herbologist working on our formula's we make sure you have the correct herbal blend. We use only the finest herbs, teas and flavoring for our herbal blends to bring you the best herbal tea there is. Luma Tea is our signature blend that can be … END_OF_DOCUMENT_TOKEN_TO_BE_REPLACED